In this post, we dive into Google Books Ngram Viewer to learn a little more about the 3D phenomeon. Ngram viewer does a clever job of tracking words, phrases, or letter combinations in books digitized by Google and giving us some unique insights on language and trends. These digital corpora are updated yearly, and currently Ngram Viewer houses more than five million books (through 2012).

Let’s begin by using Ngram Viewer to compare the frequency of use for the terms 3D and 3-D—appearing in books (fiction and non-fiction) over time. This will provide interesting insight about contemporary cultural memes (see interactive charts below):


As one can see, based on a snapshot of fiction and non-fiction books, “3D” is rapidly replacing “3-D” as a norm.

Similarly, “3D is also replacing the lower case “3d” in our modern lexicon, as shown below:

In our third post in this series about 3D in Turkey, and the story of Okulda3D, we delve into a critical point.

In an age of unprecedented competition for student enrollment and dollars, schools everywhere need a comparative advantage. An edge. Enter Okulda3D. Part of the reason for their success in reaching schools is that they offered a sense of the upscale, something out-of-the-ordinary. To potential students and their parents, there is no doubt that their installations are perceived as offering something worthwhile, something attention getting, a form of non-vanilla education.  (See the pictures in our previous post as a clear example.) 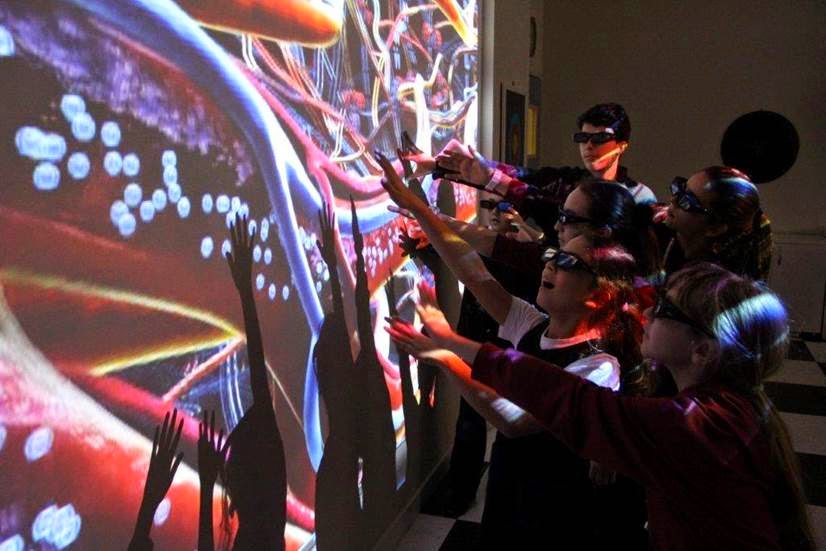 In the U.S., we tend to package new technologies (e.g., 3D) in old containers (traditional classroom settings). Doing so creates an uncomfortable overlay—strange bedfellows, if you will. Not so with Okulda 3D, operating in Istanbul. Okulda’s founder, Kerem Özdagistanli, has sold 3D education solutions to more than 250+ institutions in Turkey, with no end of that upwards spiral in sight. Why is Okulda so effective at promoting 3D well, so prolifically? It’s because they are promoting advantage. An advantage in learning. Aesthetic advantage. And 3D, of course, is its own advantage in education.
Posted by Len Scrogan at 1:00 AM No comments:

“To become the most successful integrator of educational 3D in the world takes moxie,” I wrote last week. I was describing Okulda 3D, operating in Istanbul. Okulda’s founder, Kerem Özdagistanli, has sold 3D education solutions to more than 250+ institutions in Turkey, with no end of that upwards spiral in sight. This begs two questions: “What does Okulda do that is so unique?” and “How does that differ from the work of others?”
In Search of the Secret Sauce
First, Okulda specializes. They concentrate on the 3D education. They have the know-how to make installations successful. “We do work with partners [like smartboard, furniture, projector, and computer companies], but we don’t sell anything else,” explains Mr. Özdagistanli. “We are experts, and we focus on our main business, the 3D education area.” He adds: [In Turkish culture] “it is common for many salespeople to claim that they can ‘do’ 3D: ‘We can do that also,’ is the refrain.” But they simply can’t do 3D as well, as successfully, or as stylishly, as Okulda.
It About Flair


The more I look at Okulda, the more I realize that they don’t sell vanilla 3D solutions. They sell 3D with flair. Call it what you want. Style. Verve. Dash. Panache. It’s 3D with a small touch of genius. First, it works. Second, these installations look good. Very good. It’s 3D with a certain flair. See some of their 250+ installation examples below, to understand what I am saying: 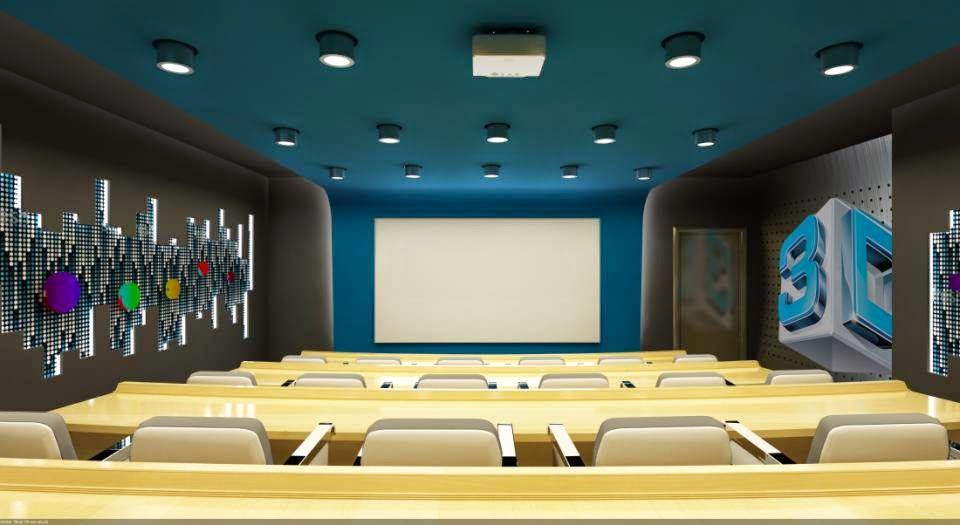 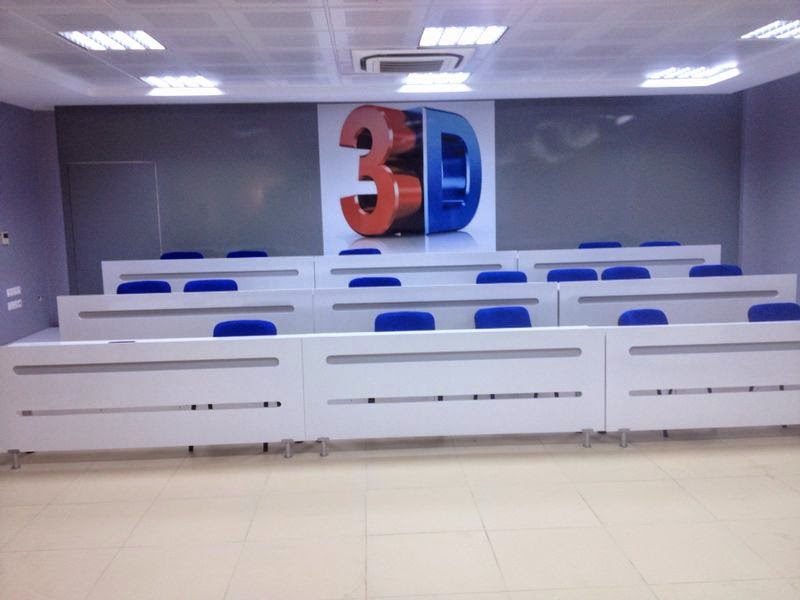 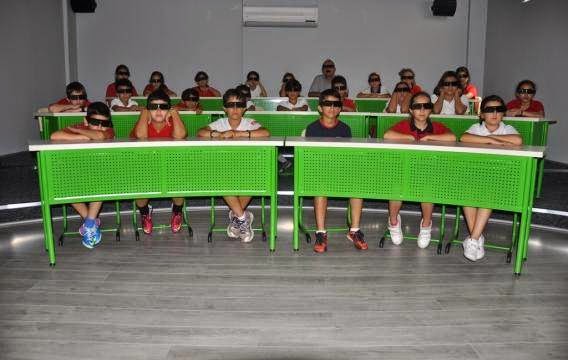 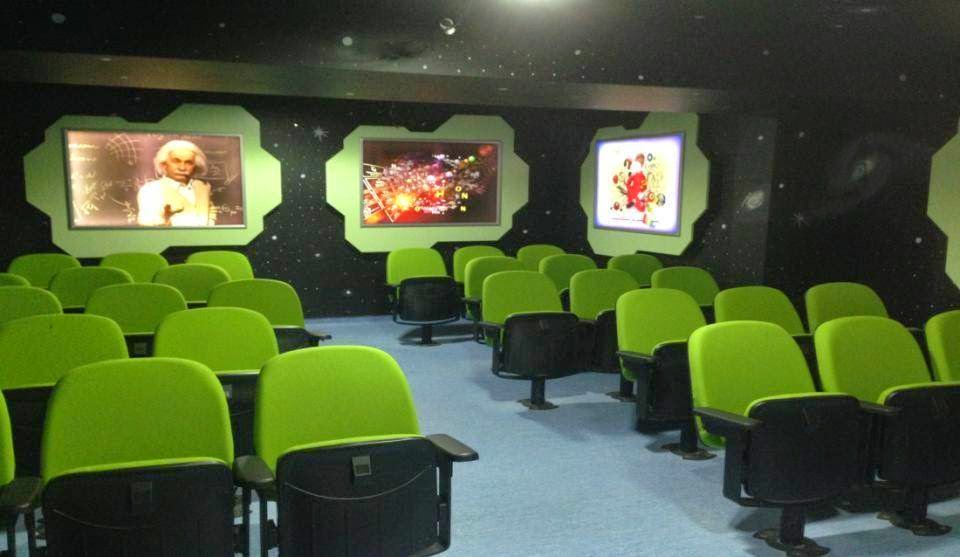 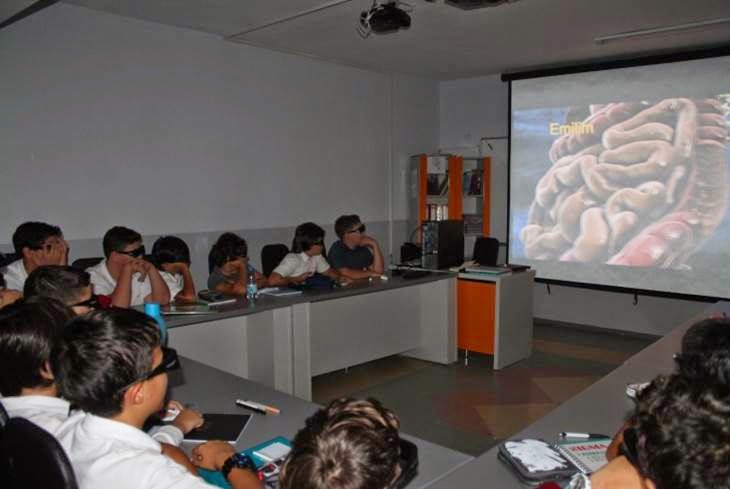 There are a lot of good things happening with 3D across the world, yet I find that most of the great stories about 3D in classrooms somehow seem to fly under the radar. Yes, good things are in fact happening, but often no one knows about them. Rarely do successes get the broad recognition they deserve.  It's for that reason that I am continuing our 3D School Success Stories series once again


*****
To become the most successful integrator of educational 3D in the world takes moxie. It also requires a great understanding of the educational customer, along with a firm handle on the technology itself.  Meet Kerem Özdagistanli, General Manager of OKULDA 3D in Turkey.
I have been studying this man’s effort for some years now, observing from afar. He is the real deal. An executive in a large firm, a number of years ago Mr. Özdagistanli grew restless. He needed to reach out, do more, and become more. He spent a year or so studying, preparing, and planning and then broke out on his own to create Okulda 3D, a serious 3D integration service for the education market in Istanbul. And there is no one better.
To date, Mr. Özdagistanli has sold 3D education solutions to more than 250 institutions in Turkey, with no end of that sales spiral in sight. (In Turkey, most of Okulda’s customer are “colleges.” They appear to be similar to large, multi-site K12 schools in the U.S. See this link to see the immense size of some of these customer institutions.) “Now, some schools are so satisfied working with us, that they decided all new colleges which are being built must have 3D Labs,” states Mr. Özdagistanli. Of course, a picture is worth a thousand words, so check out this customer website.
Most of the installations sold by Okulda are focused on science instruction. Their many customers currently utilize Xpand active glasses, DesignMate content, and proven hardware components, including BenQ. “As an integrator,” says Özdagistanli, “my most common problem is the high cost of hardware.” But with hundreds of already successful customer projects underway, he has earned the trust of the educators in Turkey. He adds: “When customers suggest us to other customers—that’s the best advertisement possible—so we are growing very fast.”
Mr. Özdagistanli believes that Turkey is now well positioned to be fertile soil for exploring the broader role of 3D in education, for producing hardware and content case studies, and for engaging in future 3D learning research.
I believe that Kerem Özdagistanli is the most successful integrator of educational 3D in the world. Now you know just a few of the reasons why I say this. In my coming posts , we will explore what Okulda does that is unique and how that differs from the work of other integrators. In a final post, we will unpack what the rest of the world can learn from Mr. Özdagistanli powerful strategies for promoting 3D in education.
Posted by Len Scrogan at 1:00 AM No comments: