3D visualization (stereo, using passive display technology) continues to be integrated into every anatomy and physiology offering on campus at Nevada State. Systematized, if you will. And college leaders and faculty have not held pat. They have also integrated 3D visualization into their new student orientation activities. Dr. Andy Kuniyuki, Ph.D., Dean of the School of Liberal Arts and Sciences explains exactly how they do it: “Every new student orientation is conducted in rooms where they show, side-by-side, 2d (PowerPoint) and stereo 3D visualization.” Dean Kuniyuki chuckles as he reminisces, asking the question: “which do you prefer?”  He knows the answer beforehand, but he is trying to excite students for the first time, exposing them to this valuable learning tool even before students attend their first classes. “They are thrilled that we have that possibility [3D visualization].”

Nevada State is also moving forward on their visualization agenda. First, 3D visualization is making a big move into the School of Nursing. Use of 3D visualization in anatomy and physiology classes initially caused the word to get out and spread. Hearing from the students themselves, college administrators were hearing that older students wanted these richly visual learning experiences, as well. Nursing school leaders knew that there was huge evidence that pathophysiology is a defining course for nursing students. The current emphasis for instruction is a nursing/whole person perspective. Yet, a firm grasp of pathophysiology is known to be a real predictor of how students will perform as nurses in the field. What the school was missing was a teaching perspective that zoomed down to the tissue, cellular, and molecular levels. 3D visualization could help with this specific instructional challenge by filling a missing link in their instruction. A plan was developed to have instructors from both the liberal arts/sciences and the school of nursing co-teach these nursing courses in the NSC visualization labs. The first co-taught offerings begin this coming spring.

In our next post, we will take a close look at a second wave of 3D visualization strategy at Nevada State College.
Posted by Len Scrogan at 1:00 AM No comments:

Flash in the Pan

I’ve noticed something interesting about educational institutions over the years. Usually, once they have researched, procured, and installed 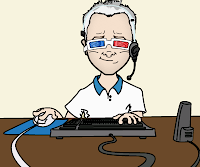 a showcase 3D or VR environment, that’s the last you will hear about it.  That’s explains why I often pursue a long-term reporting strategy. Simply stated, I like to follow up. I am curious to see what has happened, to see if a project has evolved or quietly vanished into educational anonymity. Take the 3D visualization initiative at Nevada State College, for example. After I penned my first piece, Nevada State College Flies High, I wrote a follow-up piece, Unparalleled Learning.  That explains why I returned to the outskirts of Las Vegas to visit Nevada State for a third time.

In the past two years, Nevada State College has experienced a building and enrollment boom. But with their venerable 3D instructional infrastructure in place, and new construction becoming the new major emphasis, did 3D visualization and display technology take a back seat? Stay tuned for next week’s post on what I saw on my third trip. It's all about the long view...
Posted by Len Scrogan at 1:00 AM 2 comments: 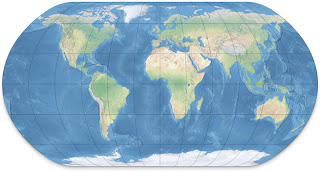 Once or twice a year I provide a last of world-wide 3D content providers. It’s a top question I am asked at conferences across the U.S. Here is the latest list: 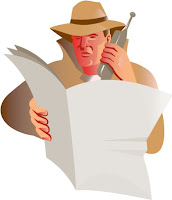