Before and After 3D

It’s important to periodically unpack some of the emerging research on 3D, VR, and other dynamic visualization technologies. In today’s post, we are highlighting some informal, classroom-based “action research” effort conducted in a Minnesota elementary school.


One of first questions people ask me about 3D, VR and HD visualization technologies) concerns its instructional effectiveness. “What is the difference some of these technologies make in learning?” “How effective are these technologies with young learners?” they ask. “Action research”, as it is called, is informal research conducted in live classrooms by practicing teachers. It can provide very useful empirical insight about learning with technology. The next two posts highlight one story worth our attention. (Later I will report on a similar study using VR that had identical results.) 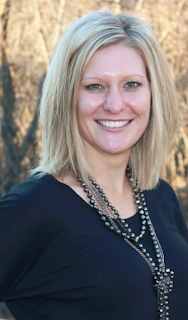 Holli Hillman, a 4th grade teacher in Minnesota knew that her new 3D visualization technology was having an impact on young learners, but she needed a way to demonstrate that learning effectiveness to the leaders who funded her classroom grant. Accountability was expected. Ms. Hillman decided to conduct a focused action research effort, showing before and after examples of actual student work.

The Backdrop.
For her project, Ms. Hillman used stereo 3D projectors, along with science simulation content in her fourth grade classroom over several years. Typically, she used age-appropriate parts of 3D simulations, but would mute the software, providing her own personal voice as narrator.  Ms. Hillman would have the children watch each simulation—regularly pausing the simulations for timely discussion, comments, and questions—and then have the students watch the simulation again to allow for optimal comprehension.

The Protocol.
In her effort to create a before and after perspective, Ms.Hillman followed a specific protocol:

Through her action research, Ms. Hillman wanted to compare the two treatments. How did the children fare? See for yourself in next week's posting.
Posted by Len Scrogan at 1:00 AM No comments:

Last week, I wrote that "virtual reality is virtually—everywhere." I lamented that I often have an uneasy feeling. Here's my surpise conclusion:

VR-themed conference presentations often leave me with that uncomfortable “Sham Wow” feeling. (Sham Wow was an ill-famed infomercial in the United States, a hyped-up advertisement that featured Vinnie, the sales hawker promoting a ‘miracle’ cleaning towel. Speaking rapidly and rhythmically, with his rich Bronx accent and gel-spiked hair, Vinnie whittled away every excuse you could muster against buying his amazing product. Then the obligatory customer testimonials followed. But the viewer was always left wondering if s/he was being ‘played.’)

At every conference I attend, I am confirmed in the notion that VR is still having its own Sham Wow moment. (Watch the commercial, but substitute the phrase “VR” every time you hear the phrase “Sham Wow” for a surreal experience.) As a result, I leave most conferences writhing in palpable uncertainty, the kind that occurs when hype collides with potential; when exposure to exciting new technology meets with equal parts shudder and disdain. Sham Wow.
Posted by Len Scrogan at 1:00 AM No comments:

Virtual Reality seems to be making its presence known these days with a collective shout. At conferences, virtual reality is virtually—everywhere. From a marketer’s perspective, this is a dream-come-true: the excited potential of virtual reality in the education space. But still, I have an uneasy feeling. It’s that queasy uneven feeling you get when bandwagon carelessly thumps into powerful innovation. No—virtual reality’s coronation pathway to the palace of ed-market success is not paved with gold bricks—at least not just yet. Here’s a reasoned look at why:


Come back next week for my suprise conlusion on "that uneasy feeling."
Posted by Len Scrogan at 1:00 AM No comments:

The annual SXSWedu phenomenon has rapidly outpaced the TED talk as the most innovative, fresh, and prognostic venue for envisioning the future of the education and technology marketplace. This year, the SXSWedu® Conference & Festival will be held in Austin, Texas from March 6-9.


The following ed-market trends emerging at SXSWedu are noteworthy, appearing in great frequency and with strident emphasis at this trailblazing conference:


The remarkably stout presence of the virtual reality meme, one totally expected, now appears to be one of the biggest ed-tech footprints at 2017 SXSWedu conference. This meme has literally doubled or tripled since last year. 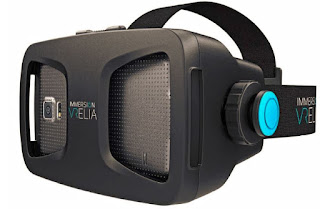 If you are in the neighborhood, I’ll be presenting on Wednesday at 11am in Salon H of the JW Marriott hotel. Joined by Dr. Michael Duenas, the Chief Public Health Officer from the American Optometric Association, we will be pushing past the hype and executing a “deep dive” with our joint 2-hour workshop, Fishbowl: Virtual Reality in Education. See this link for a preview. This unique “deep learning” session addresses the challenges, logistics, scaling, classroom management, research, pedagogical strategies, and vision health (medical) issues surrounding the roll out of VR in U.S. classrooms. No breathless cheerleading here. Just the heavy lifting.