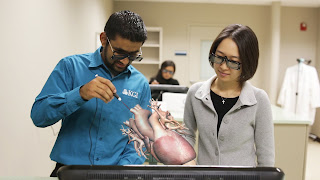 News from Outer zSpace. Talk about smart moves. zSpace has been wisely cozying up with symbiotic partners and pursuing powerful use cases. Their recent partnership with the Living Heart Project, a collaboration to develop and validate personalized digital human heart models and establish a unified foundation for cardiovascular medicine is sure to turn the heads of both the medical community and medical educators. 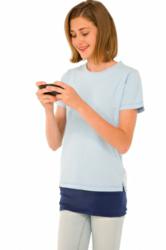 3D Model Creation Using Smartphones.  Carnegie Mellon University researchers in Pittsburgh have successfully explored the use of ordinary smartphones as scanning devices for the creation of 3D models. Lots of implications here for education. See this link for more information.
Posted by Len Scrogan at 1:00 AM No comments:

Sensavis, the creator of the unique educational product “The 3D Classroom,” together with partner Ed10x, has secured the first school district to implement The 3D Classroom with services and video rights for “flipped instruction” in all their schools. (The 3D Classroom is an intuitive and interactive 3D educational visualization tool which allows the teacher to explain complex and abstract subjects to students in a simple, visual, and understandable way.) 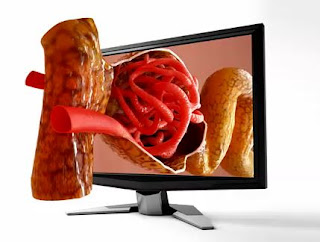 The Lincoln County School District in Southeastern Nevada can now produce their own professional development videos with high quality content on their own terms. With this district-wide licensing, teachers can share their best videos to their students working with “flipped classroom”, prepare substitute teachers with lesson resources in an instant, and as well as support students with personalized tutoring videos for class. “Lincoln County School District is energized and thrilled to partner with Sensavis. and provide our teachers the opportunity to incorporate an interactive 3D Classroom curriculum resource into their instructional strategies,” says Steve Hansen, Superintendent for Lincoln County School District. Fredrik Olofsson, CEO for Sensavis AB, the Swedish-based parent company of Sensavis, adds: “The 3D Classroom brings to Lincoln County School District a state of the art teaching tool that will enable students to grasp hard to understand concepts through stunning visuals.” Tiffany Kelly, CEO of Ed10x , explains: “It takes our Professional Development initiatives to another dimension… it fulfills one of our goals of capturing the students in those first few minutes of each lesson with technology enriched teaching methods. She adds: “Ed10x will also be working with Sensavis to develop a video lesson library and a peer to peer video library”.

Considering last week's post on Presente3D's new pricing, can you see a trend here? Again, we are beginning to rightly move away from the ponderous and onerous seat pricing model that has so plagued 3D in education to date.
Posted by Len Scrogan at 1:00 AM No comments: 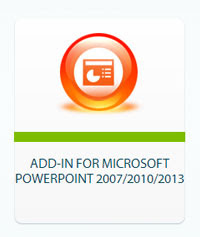 Presente3D sells the best 3D PowerPoint plug-in I have seen on the market, and now they have raised the ante. Or should I say, lowered the ante? They have lowered their plug-in product cost to $9.95 per user for the education market.  See this offer. Dennis Cafiero, the company president, noticed a tripled uptick on purchases with the lowered price: “What I noticed was when people were buying it at this [price] level, the average user was buying for 3 pc's.” Frankly, this goes a long way to solve the problem of multiple user acquisition in cash-strapped schools. 3D costs are too high for education customers, and this is one of the first of many manufacturers I now see going for the advantages of volume purchasing. Smart move.  Presente3D will also be releasing a 3D video player and image converter in the near future.
Posted by Len Scrogan at 1:00 AM 1 comment:

There is a "story behind the story" related to last week's post about 3D education in a higher education setting:


We see a similar trend in U.S. colleges and universities. The trend is described in a recent book by Richard DeMillo, From Abelard to Apple. The theme of DeMillo’s books is that “any college or university can change course if it defines a compelling value proposition (one not based in "institutional envy" of Harvard and Berkeley) and imagines an institution that delivers it.”

There’s the rub. Smaller and less influential institutions, like these Chinese RTVUs, now seek to accommodate large numbers of new learners in quick and cost effective ways, at the same time competing for students with more well-known and well-endowed universities. One way such second-tier schools are competing is through providing cutting edge visualization tools. (See my recent article, Nevada State College Flies High with 3D.) In both the Nevada State example and the Chinese Jiayuguan Branch RTVU, 3D visualization becomes much more than a sexy technology acquisition—it becomes a value proposition for the school. A draw for students. A competitive edge. A necessity. What are the implications in this story? Some of the most promising--and most likely--pacesetters for display technologies are smaller colleges, universities, and technical schools.
Posted by Len Scrogan at 1:00 AM No comments: