Empathy for the Homeless

Let's continue with the work of Fernanda Herrera and her research in the arena of virtual reality. In the last two posts in this series, we laid some preliminary groundwork. Now, let’s fast forward to Herrera’s most recent scholarly work. Herrera’s current research, still in process, focuses on two central questions, instantiated in two separate studies:

Can VR interventions be used to teach empathy and prosocial behaviors toward the homeless?

How long do these effects last, given three follow-up assessments at 2, 4 and 8 weeks after the intervention?

Can VR interventions be used to teach empathy and prosocial behaviors toward the homeless? The scenario in this research study begins in the present:

...our landlord knocks on the door. When you open it, he says you have until the end of the day to pay your past-due rent or you will lose your apartment. You owe $750. [The VR simulation then requires you to choose what objects in your apartment you will sell to stay. But the items you sell simply won’t add up to the necessary amount.]

Next, you receive an eviction notice, and soon you’ve run out of time. You get kicked out of your apartment and start living in your car. In your car, you struggle looking around for a misplaced toothbrush and discover, in general, how hard it is to do mundane things while living in a small vehicle. [Unfortunately, in San Francisco, there is a law if you get caught sleeping in your car three times, you get your car impounded.]

One moment, while rustling through your belongings, trying to find your toothbrush, you get caught--and cited. Your car gets impounded. At this time you are now sleeping on a bus, experiencing the dangers of not having shelter, and not being able to get to a community shelter before they close the doors [Most shelters are full by 4:00 pm. Although many homeless do indeed have jobs, they cannot always get off work to make it to a shelter on time].

While on the bus, someone tries to get close to you Once, you have your belongings stolen. There is even an interactive scene where you talk to others on the bus, people who are also homeless, learning why they became that way [spousal abuse or loss of a job, as an example].

Herrera summarized the overall experience  when she stated that “VR is really a good perspective-producing machine.” Although the findings are preliminary (the study is still ongoing), she summarized the key points of her latest research project using virtual reality to impart empathy:


Apparently, the narrative of virtual reality outperforms simple information-giving in the ecology of empathy.  How long this empathy, prosocial behavior, and inclination to act will linger, however, remains to be seen. Herrera has not yet completed the second study. But we may be well on the way to observing the demonstrable emergence of Milk’s “ultimate empathy machine”.

Continuing from last week's post, there are not many actual studies in empathy using VR, according to Herrera, who also cites related research from the field of Psychology: “If we imagine being a part of a group, we become more empathetic to that person, but also to that entire group and more empathy leads to an altruistic motivation to help.” She asserts that “VR is good for perspective taking: we can have any experience from any point of view,” since VR works by replacing perceptual input from the real world with perceptual input from the virtual world. She adds: “We can take on different skin tone, become shorter or taller, and we can achieve body transfer and body schema.” She explains:  “We start having body cognition, adopting these virtual characteristics into our own. We start thinking of a ‘new self.’” Instead of just being told what someone’s life is like, what their struggles are like, “now we can struggle with them.”

The problems with many empathy studies are typical to the challenges faced in other studies: small sample sizes and/or required college student participation in the studies may skew the results.  I hate to end with a teaser, but please come back for part 3 of this series, as I tackle some groundbreaking new research just coming out of Stanford University, research now being conducted by the delightful Fernanda Herrera.

“What if we could teach people about social issues so that they could not only learn facts, but they could also learn how to be more empathetic, to see things from another person’s point view?” asks Fernanda Herrera, a Stanford University PhD candidate. She wonders if it possible to employ virtual reality (crediting Chris Milk’s TED talk) as an “ultimate empathy machine”.

Becoming the Superhero. In one virtual reality study, participants take on the role of a flying superhero who finds their city in a state of emergency. In the rush to evacuate the city, one child has inadvertently been left behind. Half of the study’s participants flew in to rescue the child in a helicopter, while half flew in as a full-fledged superhero. The research showed that participants who ‘became’ the superhero helped find the child faster and helped more thoroughly than those who flew in with a helicopter. Apparently, role models can be effectively ‘embodied’ in a VR experience. 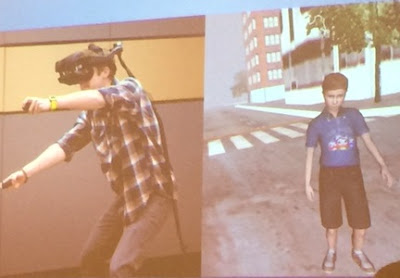 An older version of me. In another study, the participants simply ‘inhabited’ an older avatar of themselves. Researchers were hoping to discover if the participants would become less prejudiced toward the elderly. One study was conducted using the medium of VR, while another experiment asked participants to simply ‘imagine’ themselves to be older. The results? Those participants who just imagined being elderly didn’t at all feel ‘connected’ to the elderly. But those who ‘embodied’ the age study group through VR felt more connected and also wanted to help. A follow-up study, with the same conditions, evidenced no difference if they felt their group was under threat. Evidently, the presence of competition may reduce the ability to empathize. 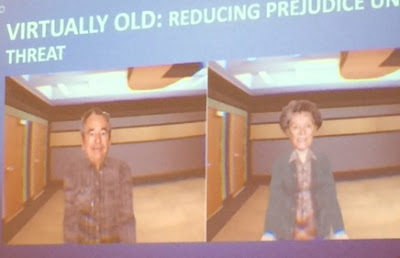 Come back for more insight next week... 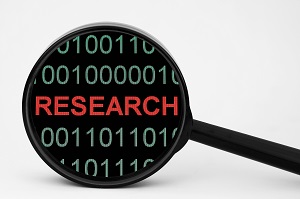