I am interrupting my research series on the Future-Talk 3D blog to share some breaking news related to stereoscopic 3D events at the ISTE 2011 conference. Since the conference starts on Monday, June 27, I am also posting this entry three days ahead of schedule.

There are now four events featuring stereoscopic 3D technologies at the ISTE 2011 conference. In scheduled order, these events include:
Poster Session
3D Comes to School: The Story Continues
Monday, 6/27/2011, 11:00am–1:00pm
PACC Broad St Atrium        Table: 26
Presenters: Kristin Donley, Dr. Carole Hruskocy, Len Scrogan, Nancye Blair
Learn about the coming explosion of 3D stereoscopic content for the classroom from educators in the second year of a national pilot focused on 3D in learning.
ISTE UnPlugged Session
The Future of Document Cameras
Tuesday, 6/29/2011, 1:00-1:30pm
Presenter: Nancye Blair, Educational Technology Specialist (FL) www.engagingeducation.net or Twitter @engagingedu
Experience how best practices with emerging technologies in document cameras, from wireless mobility to stereoscopic 3D capability, can breathe life into the 21st Century elementary classroom.
Exhibit Hall Presentation
3D Interactive Teaching = Student Engagement
Tuesday, 6/29/2011, 2:30-3:00 Dell Booth, Exhibit Hall
Presenter: Len Scrogan, University of Colorado-Denver and Lesley University
Panel Session
3D Teaching = Student Engagement in the Classroom
Wednesday, 6/29/2011, 10:15am–11:15am
Building/Room: PACC 113A
Panelists: The panel features four thought leaders in the field of 3D in education:
Dr. Carol Hruskocy. Dr. Hruskocy, Associate Professor of Education and Counseling at Regis University (CO), oversees two master degree programs. She is one of the researchers associated with the BVS-3D Case Study project in Boulder, Colorado. She has presented both nationally and internationally on a variety of topics including technology integration, faculty development for online facilitation and course development, and assessment of student learning.
Kristin Donley. A talented science teacher and runner up Teacher of the Year in the state of Colorado, Kristin currently serves as a high school teacher at Monarch High School in the Boulder Valley School District. She has carried the lead role in the most successful implementation project for 3D in U.S. schools.
Chris Hawes. A trained psychologist, documentary film producer, cinematographer, and advisor to the 3D@Home Consortium, Chris will comment about the role of 3D at home, cinemas, and schools related to human factors research.
Len Scrogan. Your humble blog author will provide an introduction and serve as the moderator for this unique panel session. 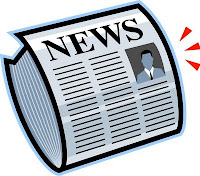 Breaking 3D news for those 3-D enthusiasts that are attending the ISTE conference in Philadelphia.
With the demand for 3D technology and educational content on the rise, a 3D document camera is joining the ranks. A 3D Ladibug from Lumens promises to be nothing less than a game-changer. It’s a stereoscopic visual presenter that allows teachers to handcraft unlimited 3D activities supporting standards in math, science, and literacy. The 3D Ladibug Document Camera can be experienced throughout ISTE in the Exhibit Hall at the Ladibug Document Camera Booth, #1049.  The booth will also feature interactive 3D presentations by pilot educator, Nancye Blair, on Monday and Tuesday at 10am and 2pm.
I will feature this promising new technology in a coming Future-Talk 3D blog post, as well, and discuss the groundbreaking nature of this development.
Posted by Len Scrogan at 7:28 PM No comments:

Our final Phase 2 BVS3D findings were school-specific. These findings emerged from classroom-based action research efforts that also helped target and focus the more rigorous Phase 3 evaluation being planned.
High school classrooms
Two interesting findings emerged from our high school action research efforts, which were characterized by much more aggressive data collection efforts:
Middle school classrooms
Again, our pilot middle school received its equipment later in the project cycle. As a result, at this stage we only received anecdotal comments that the students were really “excited about it” and “understood [classroom] concepts better.” This middle school fully participated in Phase 3 of the case study, so concrete results will be forthcoming in late June or July.
Elementary school classrooms
At the elementary school level, the use of stereoscopic 3D in three 4th grade classrooms was extremely limited due to the lack of educational content for lower grade levels. Still, using some very appropriate 3D math simulations, two interesting findings emerged:
Posted by Len Scrogan at 1:07 AM No comments:

One of the pleasant and unexpected surprises that emerged from Phase 2 of our BVS3D project came from our special education case study site, Halcyon Middle-High School. This school serves a few dozen students in a warm and measurably effective day treatment program, supported by a highly trained and extremely dedicated staff. Halcyon Middle-High School is a unique educational and therapeutic program for BVSD students’ grades 6-12.  (HMHS is supported through a multi-agency agreement among the Boulder Valley School District, the Mental Health Center serving Boulder and Broomfield Counties and Boulder County’s Department of Housing and Human Services.)

According to Matt Dudek, the principal of Halcyon, the focus of this highly successful day treatment program is to “provide quality education to students as well as provide therapeutic behavioral interventions and strategies to students and their families.” He adds:  “While at HMHS, students and their families address barriers to success and develop and implement strategies which ultimately allow students to be successful at home, at school and in their community.”


Unlike our other case study schools, this school used entirely different metrics for evaluating the benefits of 3D in instruction. The key goal for this school was to provide access to learning in an environment where access, student focus, and sustained learning opportunities could at times be difficult to sustain. Therefore, this school’s approach was more behavioral in nature. Due to their unique instructional challenges, this school was hoping to see how 3D instruction would affect:

During Phase 2 of the case study, an energized Halcyon teacher, Greg All, taught more than six "3D lessons" focusing on the reproductive, digestive, and circulatory systems. 3D content was primarily used to introduce new content or review previously taught content. The results, still informal in nature, exceeded expectations. In the words of the project’s lead teacher:


- 3D kept kids on the edge of their seats
-  In this school’s unique environment, it worked REALLY WELL
-  We have seen very good behavior management results
-  Students were well focused, not distracted as usual
-  There is no way anything works like this for behavior—enabling these students to learn for an entire 40 minute class without any behavior call outs.
Students also weighed in with comments:


-  “Love it“
-  “This is cool“
-  “Awesome“
-  “I Love it“
-  “This is not as good as ‘Avatar,’ though!”
So what's the upshot? Each time it was used, 3D instruction provided students and teachers in this challenging educational environment with 40 minutes of uninterrupted quality science instruction. Access to curriculum. Total focus. No behavioral incidents. That's significant.
Posted by Len Scrogan at 1:27 AM No comments:

During Phase 2 of the BVS3D project, much of our time was spent developing the initial research questions and selecting content for the final research study. Concurrently, our teachers were busy testing a growing collection of stereoscopic 3D content in their lessons, hoping to learn as much as they could about teaching with 3D.
Our Phase 2 findings came from the intentional classroom-based action research efforts of our talented teaching staff. At this stage, our efforts were informal and lacked rigorous controls, but the results were still quite informative. Our Phase 2 findings helped further aim and focus the more rigorous Phase 3 evaluation that was yet to come.
In the second phase of the BVS3D case study, the following general findings were clearly and consistently evident across all schools:
Higher levels of student engagement and interest
‘Engagement’ is a fuzzy concept, so a more precise operational definition of student engagement slowly began to emerge from Phase 2 of our case study. In our environment, across all grade levels, ‘engagement’ involved increased attention to subject matter (focus), longer sustained focus on difficult materials (attention span), and improved student behavior, as defined by less behavior incidents per lesson (classroom discipline).
Favorable reactions by students
For example, a high school survey revealed a 76% favorable rating by students, indicating their preference for 3D learning over traditional learning experiences. Elementary, middle school, and special education feedback was similarly positive.
Greater student clarity in understanding abstract concepts
In this case, it is best to let the students speak for themselves:
-   “It provided a better visualization than the textbook.”
-   “It helped to see a 3D view of things; it was easier for me to picture it and understand the structure.”
-   "The 3D really helps me learn and visualize complex structures and processes.  I love seeing what is actually going on to the cellular level.”
-   "These 3D videos do help me learn it easier, especially because I'm a visual learner.  Seeing what is going on is much more helpful than just talking about it.  Especially because it's in 3D—it’s literally in front of you."
In our next two postings, we will break down our Phase 2
findings specifically for each school or program.
Posted by Len Scrogan at 1:07 AM No comments: