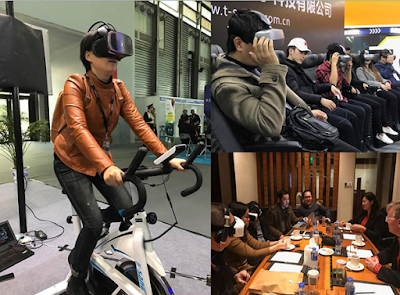 I learned about a popular and well attended VR expo held in China that preceded my TED talk, and saw VR prominently featured in storefronts for language instruction. It's interesting that VR may be more integrated in business culture in China than in the U.S. But it's definitely not as widely used in schools as is the case in the U.S.
Posted by Len Scrogan at 12:09 PM