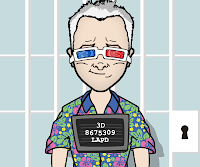 Frankly, this year’s InfoComm hoopla—from an educator’s perspective—left me underwhelmed. There were no blockbusters, killer educational technologies, nor grand entrances as in past years. There was little to get us to stand to our feet and applaud great educational potential. This was a tepid year—a year of stolid incrementalism at best. Given the recent hubbub that is usually associated with virtual reality nowadays, I was surprised to find a subdued presence for VR at InfoComm 2016. In fact, the VR presence may have been a bit smaller than in previous years at InfoComm, if memory serves me well. I was expecting more from the VR meme at InfoComm 2016. I didn’t get it. Nevertheless, here are some of my VR observations:

Although Infocomm 2016 offered little overlap this year to the world of education, the time I spent foreshadowing what is possible is instructive. For now, most of the VR companies at InfoComm (camera companies excluded) feel that education is not on their short-term market horizon. And that's okay, because most educators still sense that virtual reality is just too impractical, experimental, and expensive.