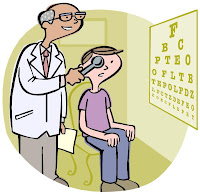 Who could have imagined? It’s an unexpected bonus, a “little extra” gift for 3D-using schools. Although we are seeing very positive results in classrooms that are using 3D, now we have a 3D lagniappe—a tremendous health benefit is now associated with this impactful teaching tool.
Take a look for yourself by checking out these national announcements:
3D Eye Health and 3D@Home
Special Notes:
1.  In mid-May, I plan to populate this blog with a rich series of posts about the learning results and successes we are now seeing in our pilot 3D classrooms.  The 3D lagniappe above is just your appetizer!
2.  Yes, I’ve been serving on the national AOA team that has been developing a position paper on this topic. Our work is expected to be released sometime in June—so please stay tuned!
Posted by Len Scrogan at 5:00 AM