Is VR Headed for a Pricing Failure?

The evening weather was hot and unforgiving, the humidity beyond palpable. Not a great time to be wearing a suit in Puerto Vallarta, I thought, nevertheless enjoying the enchanting gourmet meal set out with certain elegance before me. I found myself here at the well-appointed Hacienda San Angel hotel, on a hilltop above the beautiful Guadalupe Church, not very far from the connected casitas that hosted Richard Burton and Liz Taylor in 1964.

The occasion for my visit was a destination wedding, a joyous gathering for the daughter of long-time friends and frequent co-travellers. Next to me sat a world-renowned New York City surgeon, “the” specialist in his field. He had invented and perfected successful medical procedures that were adopted all across the world. Yet, he was such a kind and unassuming man.

He softly nodded and asked me: “What is it that you do?”

I responded: “I work in the field of education, with a particular emphasis on 3D visualization and virtual reality.” 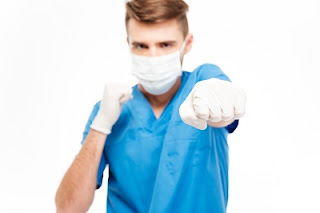 A pleasant conversation ensued, but also a whirlwind of discovery. The conversation led to the use of 3D surgery in his field. He saw 3D surgery as a laudable development, but one that remained impractical. “Why?” I asked. He explained carefully and methodically that current medical surgical procedures were quite effective. He added that 3D surgery did, in fact, offer a number of incremental advantages and improvements. But the price offered to hospitals made the decision an easy one: it wasn’t worth the money to gain some benefits on the margin. The price for 3D surgical equipment was just too high. It just made no sense to switch to this nascent and ‘smart’ technology. So everyone in his field, for the most part, he explained, has stayed with traditional surgical methods. In fact, his manner changed slightly, as a bit of soft-anger oozed out, oddly contrasting with his normally calm demeanor.

“They can’t expect us to pay those prices,” he charged.

That, dear readers, is what we call a “pricing failure.”  Join us the next two weeks for a look at the possibility of pricing failure in the flourishing VR world.